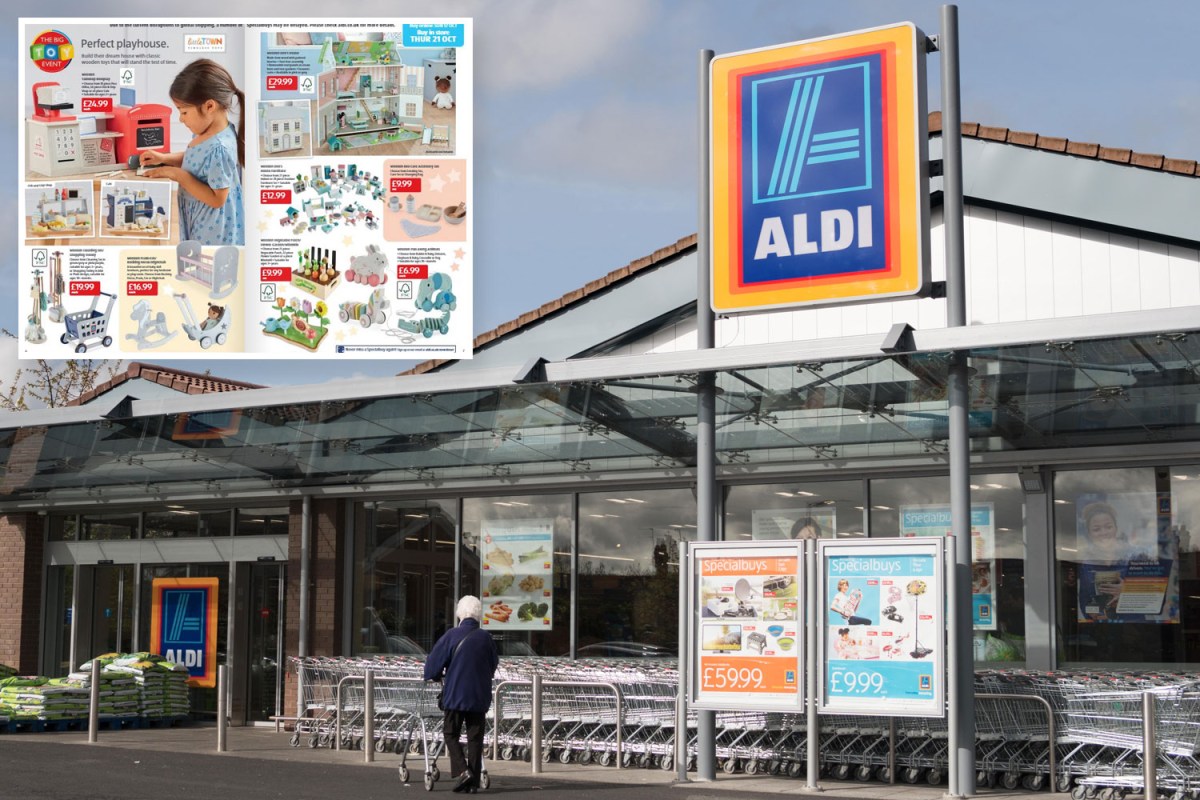 TOYS due to go on sale today at Aldi have been hit by delays caused by supply chain issues.

More than 60 Specialbuy items are not available as expected, including the supermarket’s popular range of wooden toys.

It comes as parents rush to the shops to try and beat the shortage of Christmas toys this festive season.

Some have been left in tears trying to get much-needed gifts for children and toy store Smyth has warned parents to start their Christmas shopping now ‘to avoid disappointment’.

Shoppers have been warned that top brands like Elf on the Shelf, Paw Patrol and Barbie figures are among those likely to be missing from stores.

Aldi’s toy store opened in early October with hundreds of toys for sale online and in-store.

Now a range of toys that were due to go on sale online today (October 17) and in stores Thursday (October 21) have been pushed back.

About 15 wooden toys, including a mini grocery play set and a Peppa Pig house, are also among the toys that have yet to be stockpiled.

Aldi’s range of wooden toys are popular with shoppers and are selling out fast. Part of the range that went on sale today is already sold out.

Estimated arrival times for delayed products range from October 24 to November 5, which is one to three weeks later than expected.

But these could still be subject to change.

In a message to customers on its website, the discount supermarket apologized to customers “for any inconvenience this may cause”.

“Due to the current global delivery disruptions, a number of special purchases may be delayed.

“We are doing our best to clarify the expected availability dates, but
these are subject to change.

“Dates will vary by store and region.”

An Aldi spokesperson said: “Unfortunately some special purchases may not be available as advertised.

“We apologize for any inconvenience this may cause and hope these products will be available very soon.”

The new Halloween squishmallow toys were also due to go on sale today and in stores Thursday after previously being delayed.

One said: “I’m so disappointed with Aldi, they say they’ll release the mauves on the 14th and then there’s a delay. Now they can only release the 23rd?”

Another said they had been to six Aldi stores to get them “and no luck”.

Nearly 20 Specialbuy items that were due to go on sale Oct. 10 are also delayed.

Several of them are Halloween items that now say they are canceled.

Other Halloween items are still available to buy online and in-store at Aldi.

Retailers have been hit by shortages due to a lack of truck drivers and issues with global supply chains.

Experts have warned that festive goods like turkeys and Christmas trees could also be missing from stores.

Shops have had to stock shelves with random items to cover shortages – with Christmas shocks spotted in the vegetable aisle.

Britons risk running out of Christmas toys unless they buy now, retailers warn

We pay for your stories!

Do you have a story for The Sun Online Money team?