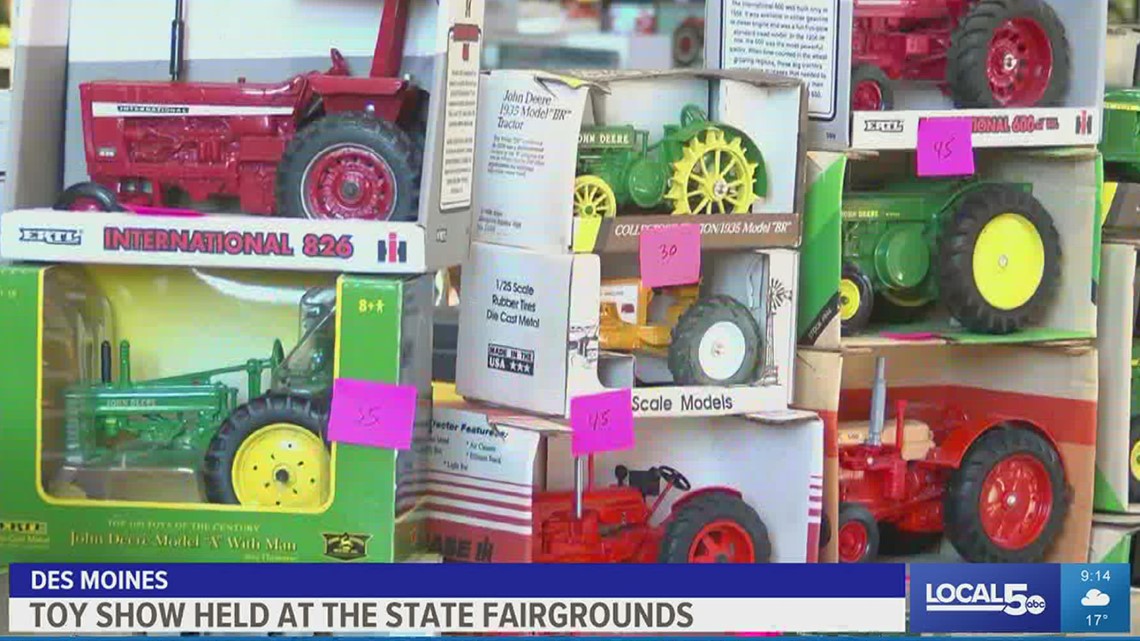 The show was such a success that it inspired Johnson for a second, which will take place on April 2.

DES MOINES, Iowa – Toy collectors were able to step back in time when they entered the 10th anniversary of the Iowa Diecast Toy Show on Sunday.

Hundreds of people attended the show at the Elwell Building on the State Fairgrounds, where vendors sold die-cast metal tractors, trucks, animals and more. In honor of the show’s 10th anniversary, there were also raffles for over $ 1,500 in prizes.

For seasoned collectors, events like these offer a chance to keep in touch with old friends and even make new ones.

“I’m going to have dealers who go, ‘Hey, can you put me next to such’ because they like to hang out with each other and have fun, and that just makes it special. And they kind of become like a little family with each other, this family of toys, ”said Tracy Johnson, the show’s organizer.

RELATED: Boy From Clear Lake Finds $ 100, Spends It To Buy Gifts For Children In Need

Sellers get their items from a wide variety of sources. One such vendor, Kevin Collins, said he often sources his antiques from people on social media. And while vintage signs, tape measures, and patches may not seem like much to the average shopper, they can mean the world to the right person.

“We had a guy who bought almost $ 1,000 worth of literature because his grandfather’s name was on it, so that was pretty cool. He had been looking for stuff for 10 years and never found it. “Collins said.

The show was such a success that it inspired Johnson a second. It will take place on April 2 at the Winneshiek County Fairgrounds.