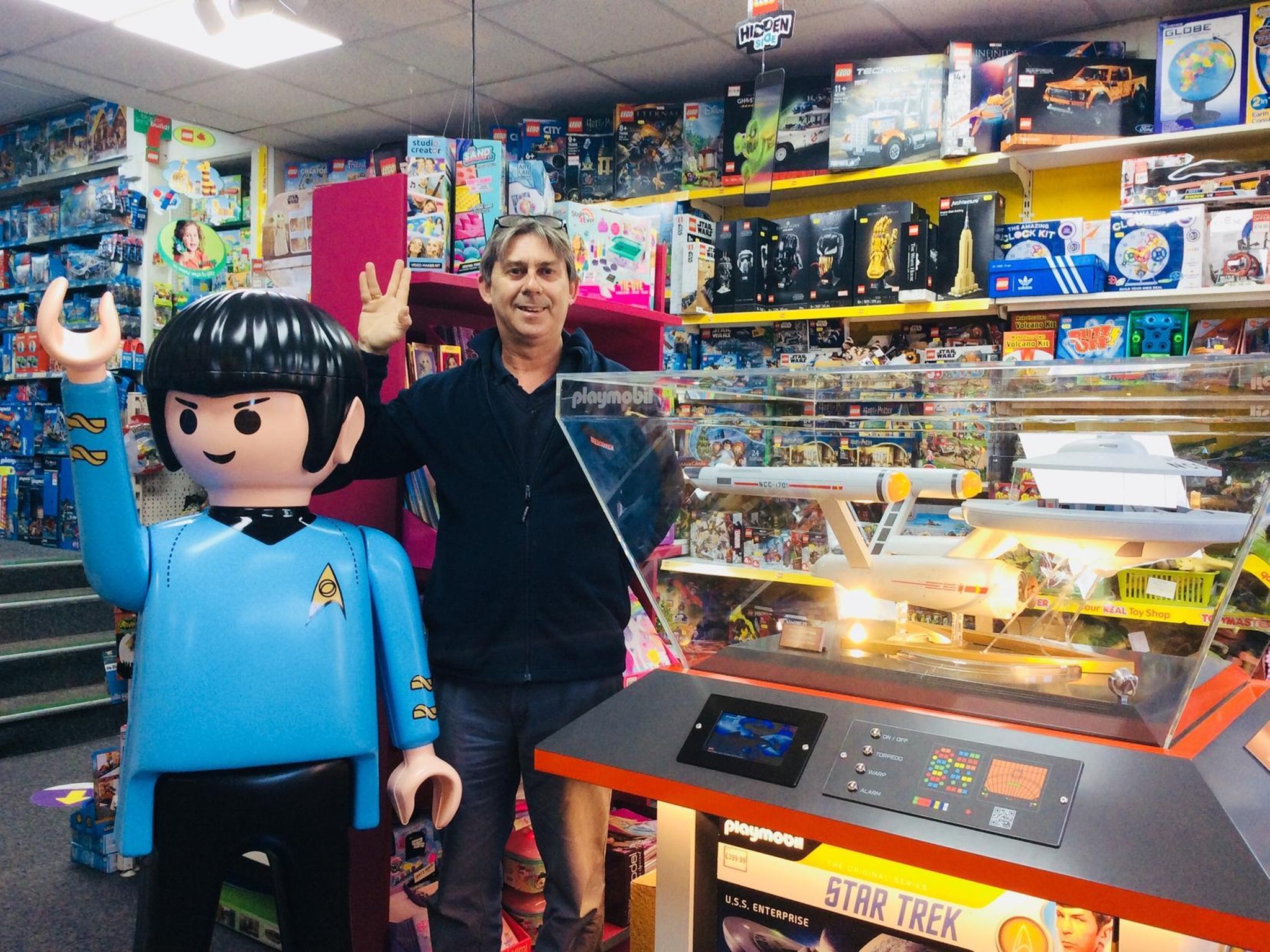 A pointy-eared alien has been spotted in Rushden High Street and all tricorder readings show that it’s life Jim, but not as we know it, as a Vulcan space explorer has landed in the town with the rest of the crew.

Osborne’s Sports & Toys has been chosen as the launch pad for the latest collectable for children and adults – a monster Playmobil playset of Star Trek’s USS Enterprise.

A giant model of half human, half Vulcan Mr Spock has been beamed into the shop to attract Trekkers – old and young – to view the model of the famous spaceship.

The i newsletter cut through the noise

The new playset is boldly going where thousands of toys have gone before to the long-established toy shop and Playmobil stockist – and the only other place to see the new set on display currently is Hamleys in London.

Store manager and owner Will Osborne said: “It’s fantastic for the Star Trek fans to get the opportunity to see the new playset and meet Mr Spock.

“The playset is over a meter long and it opens out so you can put the crew figures inside.

Set phasers to stun – the crew of the Enterprise

“There are buttons that light up and make all the sounds – the alerts, phasers, everything a Star Trek fan and Playmobil collectors would want.”

Complete with light-up LEDs on the outside, the set opens up via a removable saucer top to access the bridge – another panel pops off to access engineering.

‘Communicators’ (smart phones or tablets) LEDs can be used to control the lights and sound via an app.

The Spock figure is over 5ft tall

Such is the size of the set that the Playmobil team that came to install the display put the spaceship inside the shop rather than in the window, with Mr Spock ready for selfies.

“It’s a very special toy and should be a real hit with Star Trek fans.”

Beam me up – the model features LED lights and a sound system that can be controlled by hand-held communicators, or phones

Visitors are welcome to see the model at Osborne’s at 116-118a High Street, Rushden during opening hours. Click here for more information. Visitors can see the model in store for the next two weeks.