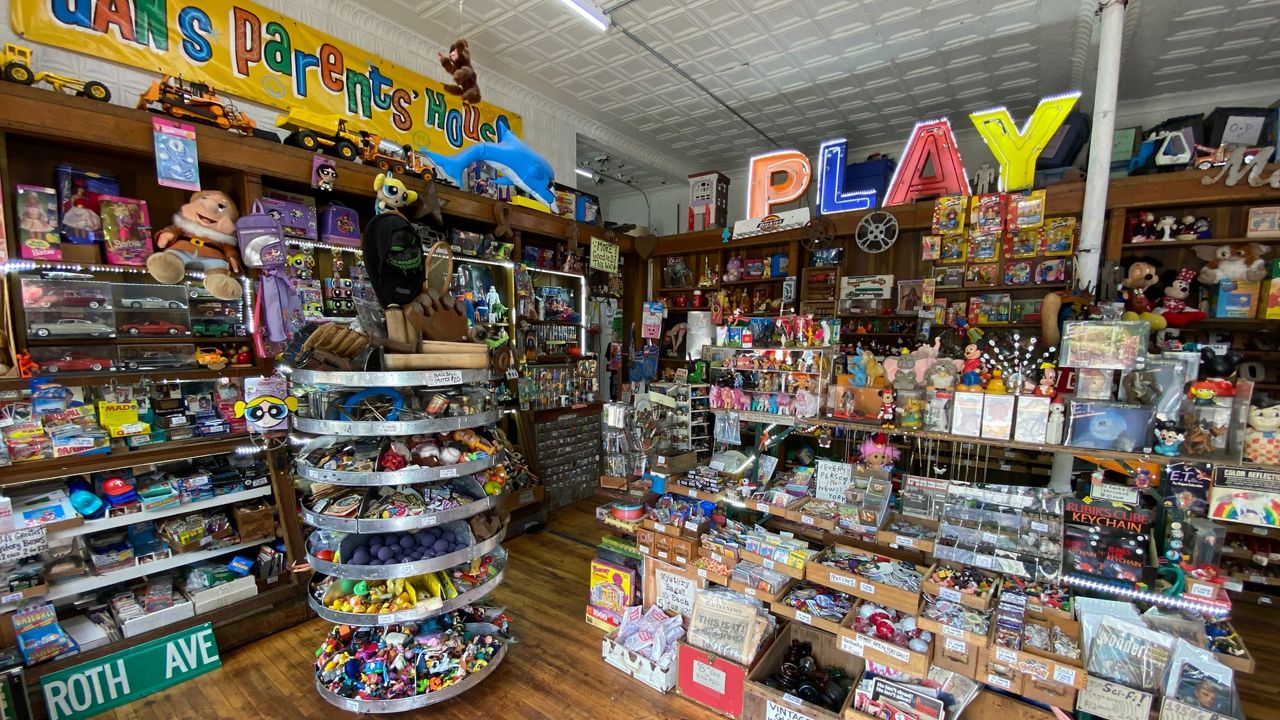 Step back in time at the Bronx Toy Store

It’s a year-round blast from the past at 239 Play, also known as Dan’s Parents’ House.

From Teddy Ruxpin to the Powerpuff Girls, the Smurfs and even classic McDonald’s glassware, there are plenty of nostalgic curiosities to see at the City Island vintage toy store in the Bronx.

What do you want to know

It all started in 2009 when record label owner Treiber and artist Brill bought Treiber’s childhood home on City Island, but didn’t quite have the money to do so. They decided to sell items stored in the attic of the house at the Brooklyn Flea.

Six years ago, the couple bought an apartment building at 239 City Island Avenue from the 1860s, just three blocks from their home where they are raising twins.

It’s a brick-and-mortar outpost for the company aptly called 239 Play. They’re now pouring all their energy into the shop, ending a successful 13-year run at the Brooklyn Flea in October.

“Now, instead of coming to visit us as part of a giant show, they come here and they learn about our community, our city and our people and that’s really important to me in the long run,” Treiber said, who hopes more mom-and-pop businesses will join them on City Island, a waterfront neighborhood known for its variety of seafood establishments

Of course, the items in 239 Play now go far beyond those found in Treiber’s attic. They buy collections of people’s items all the time. There are figures, bikes, patches, pins and ponies. It’s about having fun and bringing people together.

“The trade continues, but it’s always been a community space for us,” said Treiber, who added that if they can bring people happiness, amen to that!