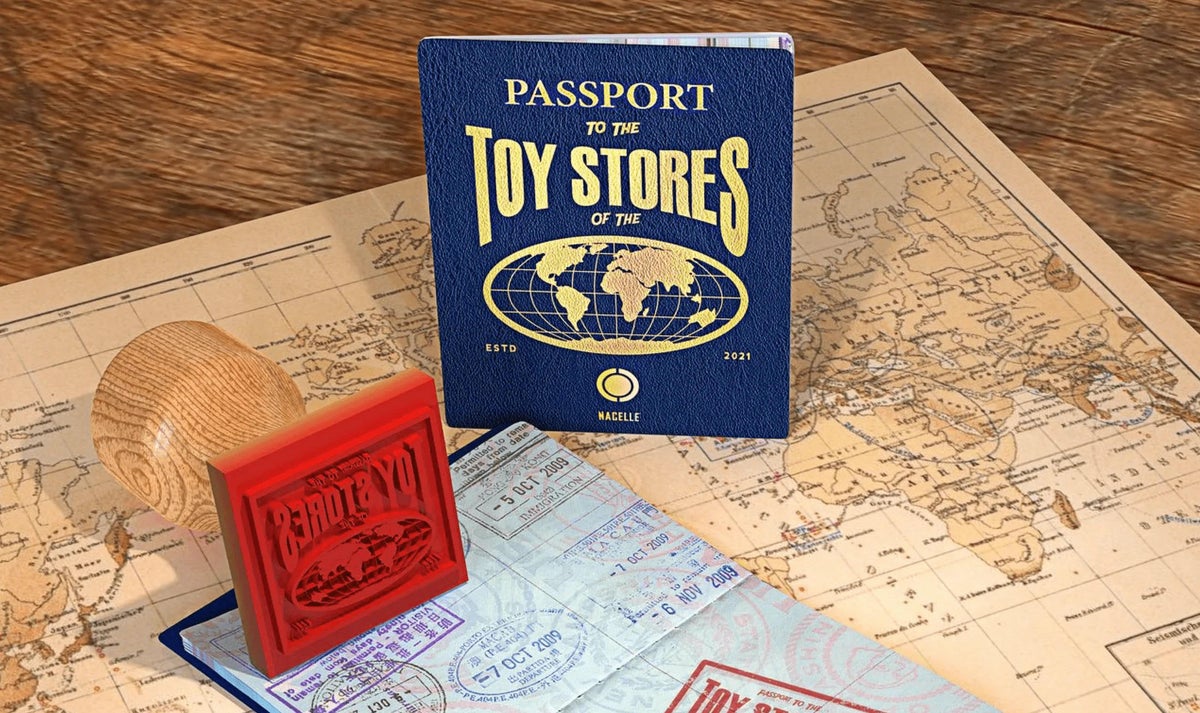 The Nacelle Company today announced that after just four months, the Toy Stores of The World Passport program has grown to more than 100 participating stores worldwide, including 30 U.S. states and six countries from Australia to Japan and everywhere in between. Participating stores include Billy Galaxy Toys in Portland Oregon, Leicester Vintage in Leicester, England, Spiral Toys in Harajuku, Japan, Kokomo Toys in Kokomo, Indiana, Lobos Collectables in Thornbury, Australia, Cherry Bomb Toys in Victoria, British Columbia and many more. others. Inspired by the National Parks Passport, with a few tweaks, The Toy Stores of the World Passport offers collectible passports, with each store having its own unique stamp available at participating vintage toy stores around the world.

Customers are encouraged to purchase the passports at all participating stores and receive a new, unique location stamp at each toy store they visit. The Toy Stores of the World Passport is a way for globe-trotting collectors to collect memorabilia (and stamps!), no matter where your toy-hunting adventure takes you.

“With the Passport Program, we wanted to try and help bring toy stores around the world together in a fun and exclusive way, but also with something tangible and collectible in its own right,” said the Founder and CEO. of Nacelle Company, Brian Volk-Weiss.

You can find a full list of participating stores here.

This announcement follows the Burbank-based media company’s recent revival of the Robo Force line, their announcement of the Legends of Laughter line featuring Joan Rivers, Bill Hicks and Lenny Bruce, as well as Sectaurs The Great Garloo and Power Lords.

ComicBook.com originally announced the Legends of Laughter line, which marks the first time the diverse media company known for Netflix The toys that made us, A toy store near youand The movies that made usas good as behind the attraction (this one’s on Disney+), blended its two established brands into one collectible.

Here is how Nacelle describes the Toy Stores of the World Passport:

No matter where the winds (or toy hunts) may take you, the Nacelle Toy Stores of the World Passport is the perfect way to document your collectible memories forever. Bring your passport to participating stores to receive a unique, store-exclusive logo stamp. Whether you’re searching the aisles for your holy grail or panning for gold in the discount bin, we hope you take your passport booklet with you on your adventures!